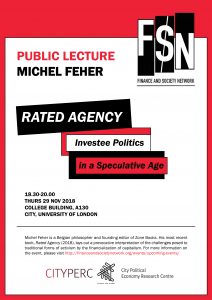 To coincide with the publication of his new book, Rated Agency, Michel Feher will be giving a public lecture at City, University of London. The book is sure to spark heated debate, both for its analysis of financial power and its call to turn the tools of finance to alternative ends. Yannis Varoufakis called it “a must-read for anyone seeking to escape the melancholy of the Trump era by building an effective progressive movement against a creeping dystopia”. Here is a more detailed description from Zone Books: 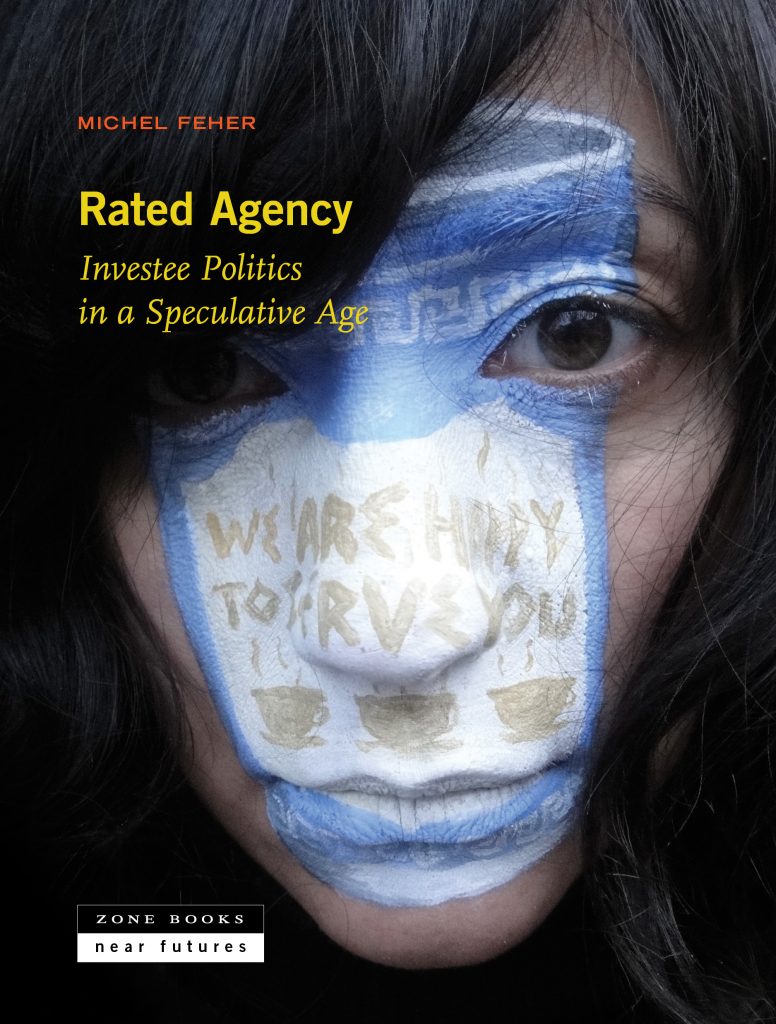 The hegemony of finance compels a new orientation for everyone and everything: companies care more about the moods of their shareholders than about longstanding commercial success; governments subordinate citizen welfare to appeasing creditors; and individuals are concerned less with immediate income from labor than appreciation of their capital goods, skills, connections, and reputations.

That firms, states, and people depend more on their ratings than on the product of their activities also changes how capitalism is resisted. For activists, the focus of grievances shifts from the extraction of profit to the conditions under which financial institutions allocate credit. While the exploitation of employees by their employers has hardly been curbed, the power of investors to select investees — to decide who and what is deemed creditworthy — has become a new site of social struggle.

In clear and compelling prose, Michel Feher explains the extraordinary shift in conduct and orientation generated by financialization. Above all, he articulates the new political resistances and aspirations that investees draw from their rated agency.

The event is organised through the Finance and Society Network (FSN), with support from the City Political Economy Research Centre (CITYPERC). It is open to all and free of charge. 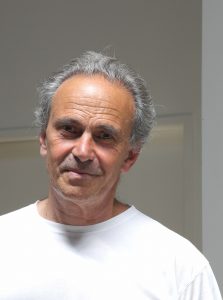 Michel Feher is a philosopher, social theorist, and founding editor of Zone Books. He is the author of Powerless by Design (Duke, 2000), and the editor of Nongovernmental Politics (Zone, 2007) and Europe at a Crossroads (Near Futures Online, 2016). He is also co-editor of Zone Book’s Near Futures Series, which has published titles by Wendy Brown, Ivan Ascher, and Melinda Cooper. His new book, Rated Agency (2018), is the latest in the series.