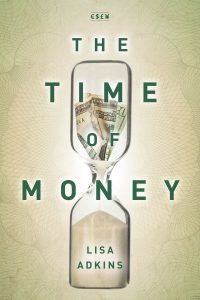 Speculation is often associated with financial practices, but The Time of Money makes the case that it not be restricted to the financial sphere. It argues that the expansion of finance has created a distinctive social world, one that demands a speculative stance toward life in general. Replacing a logic of extraction, speculation organizes our social worlds to maximize the productive capacities of populations around flows of money for finance capital and changes our relationship to time. Speculative practices have become a matter of survival, and defining features of our age are hardwired to their operations—stagnant wages, indebtedness, the centrality of women’s earnings to the household, workfarism, and more. Examining five features of our contemporary economy, Lisa Adkins reveals the operations of this speculative rationality. Moving beyond claims that indebtedness is intrinsic to contemporary life and vague declarations that the social world has become financialized, Adkins delivers a precise examination of the relation between finance and society, one that is rich in empirical and analytical detail.